Your cart
I spent part of my weekend in Nashville visiting Paul, who goes back and forth between Memphis and Nashville for work. He comes home often, but I rarely go there (or anywhere that requires an overnight stay) because traveling means finding pet-sitters.

But I have some extra vacay days that needed using, so I took Friday off and headed to Nashville on Thursday night. Around dinner time, I stopped in Jackson, Tennessee about an hour away from Memphis for an Impossible Whopper. Yay for vegan fast food on the road! 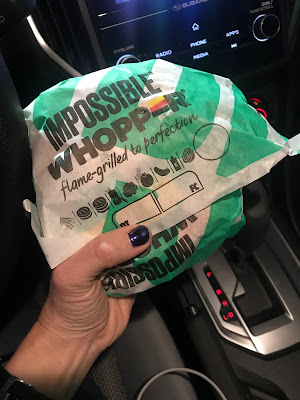 I'd planned to keep with 80/20 Plants as much as possible on the trip, while still leaving plenty of room to enjoy some decadent vegan meals. So on Friday morning, I had some oatmeal with bananas and coconut almond butter (no pics, sorry). And for lunch, I picked up a salad from the Kroger salad bar. Shout out to the Hendersonville, TN Kroger for having an amazing salad bar. 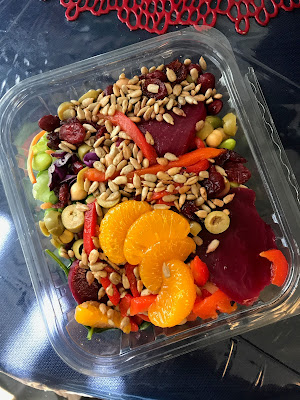 That left plenty of room for me to enjoy a nice dinner at Graze with Paul on Friday night. Graze is our favorite vegan restaurant in Nashville. Paul's not vegan, but he always enjoys a meal at Graze. I started with The Dude a vegan White Russian cocktail with kahlua, vodka, and almond milk. They didn't add enough almond milk at first (as you can see by the dark color), so I asked for a smidge more. 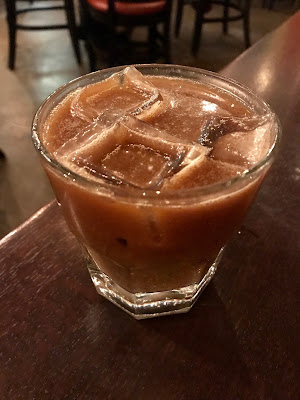 And for my entree, I ordered a dish I'd always wanted to try but never chose Mac & Chorizo! Not sure why I waited so long to try this because it was EVERYTHING! Creamy cashew cheese mac with aioli and spicy seitan chorizo! 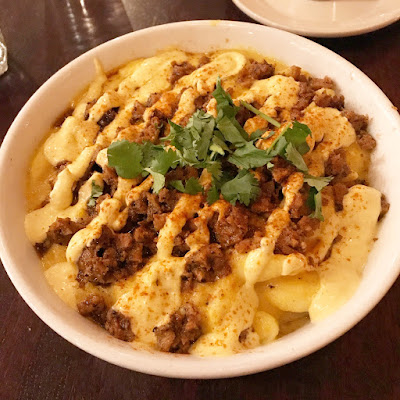 We got a hotel room in Franklin, TN, just outside Nashville, for Friday night. It's fun to hang out in hotels and watch cable! The next morning, I needed to get in my planned 13-mile run, and that meant I needed a way to eat my usual pre-long run bagel. I'd brought along Blueberry Bagels and Miyoko's Cream Cheese from home, but of course there was no toaster in the room. So I googled "how to toast a bagel in a hotel" and learned you can use an iron! Sure, it's a little gross. But I've definitely eaten grosser things. Just be sure and wipe down the iron thoroughly before and after toasting (and out of courtesy for people using the iron on their clothes, DON'T butter or oil it first). 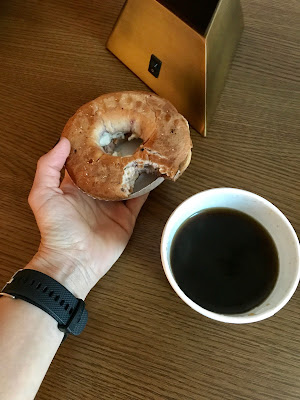 For the run, I set out on the Franklin Greenway and managed 10 miles before I realized I needed to get back and shower before hotel check-out time. Some days, you just can't get all your miles in! While on the run though, I passedThe Grilled Cheeserie in downtown Franklin and saw they served vegan grilled cheese. I headed over there for lunch and enjoyed this awesome Vegan Grilled Cheese with Smoked Jalapeno Relish, Roasted Red Pepper Tomato Soup, and a Vegan Coconut Milkshake (!!!). Amazing! 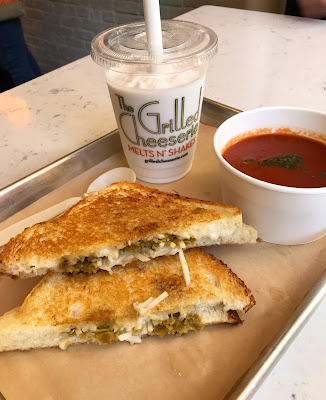