Your cart
Good morning, my friends! I hope you are stopping by the blog today after a great weekend. We had a good one over here and filled the past few days with family time, an afternoon out and about with friends and the usual around-the-house checklist of weekend chores.

Our Saturday morning began close to 8 a.m. which, as parents with little ones can attest, felt like a dream! We recently began utilizing Chases Hatch Light for its okay to wake functionality so it transitions from a light blue nightlight at night to a an alternating rainbow light in the morning when hes allowed to come out of his room. I typically have it set for 7:15 a.m. on my phone but since Chase slept in a little longer than usual, I changed it to 8 a.m. and he stuck to it! We have a little checklist of things hes responsible for completing before he can come out of his room (get dressed, brush teeth, etc.) and its something I wish we wouldve implemented sooner in his morning routine because its been really nice.

Ryder also slept in a bit longer than usual and seemed content to roll around in his crib for a while so Ryan and I were in heaven easing into our Saturday! A morning that doesnt feel like it really begins until 8 a.m. is more than a little unusual around here so we were savoring it for sure.

Once everyone was up, I made a big batch of my blueberry banana protein pancakes for breakfast and we dug in! Eventually we were all ready to get out of the house and so we made our way to Sea Life Aquarium in Concord. We visited the aquarium on Chases 4th birthday back in July and our two marine life-loving boys were all about it so we had a feeling they would have fun checking out all of the sea life again. 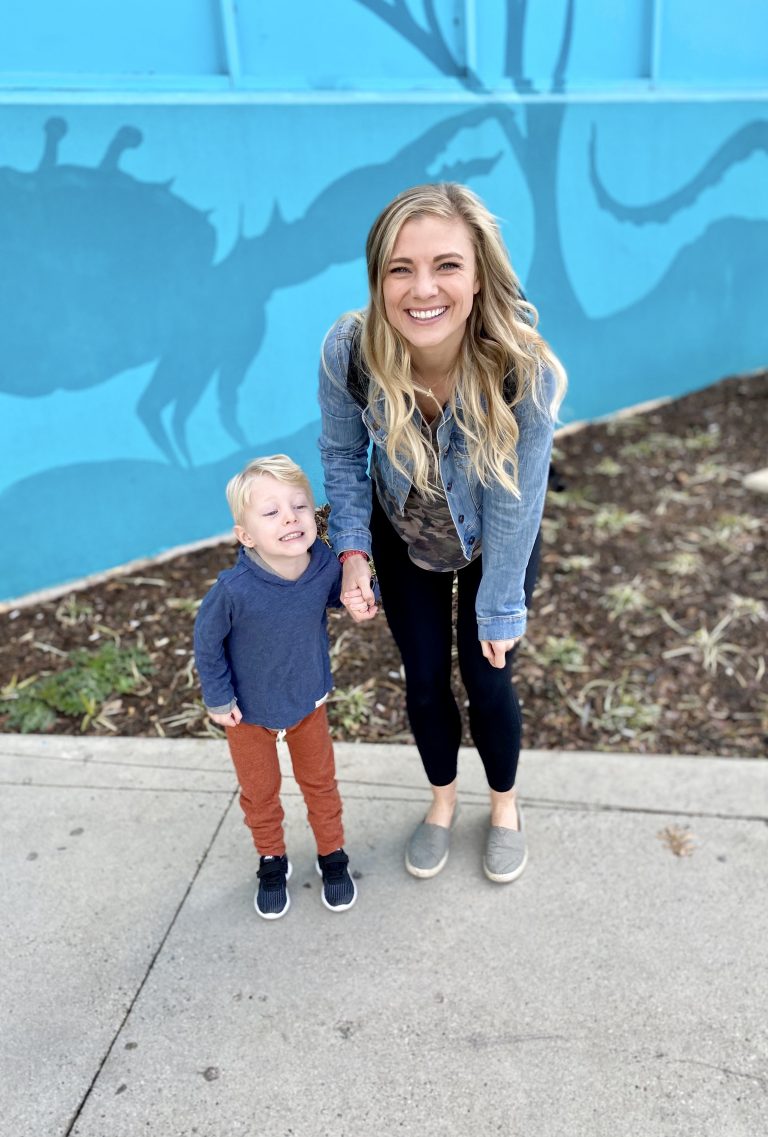 The aquarium is rather small but perfect for little ones since so many of the tanks reach all the way to the floor. Its also pretty impressive in terms of everything it has for children to see for a small, local aquarium and we ended up buying annual passes after our trip because it was such a hit. 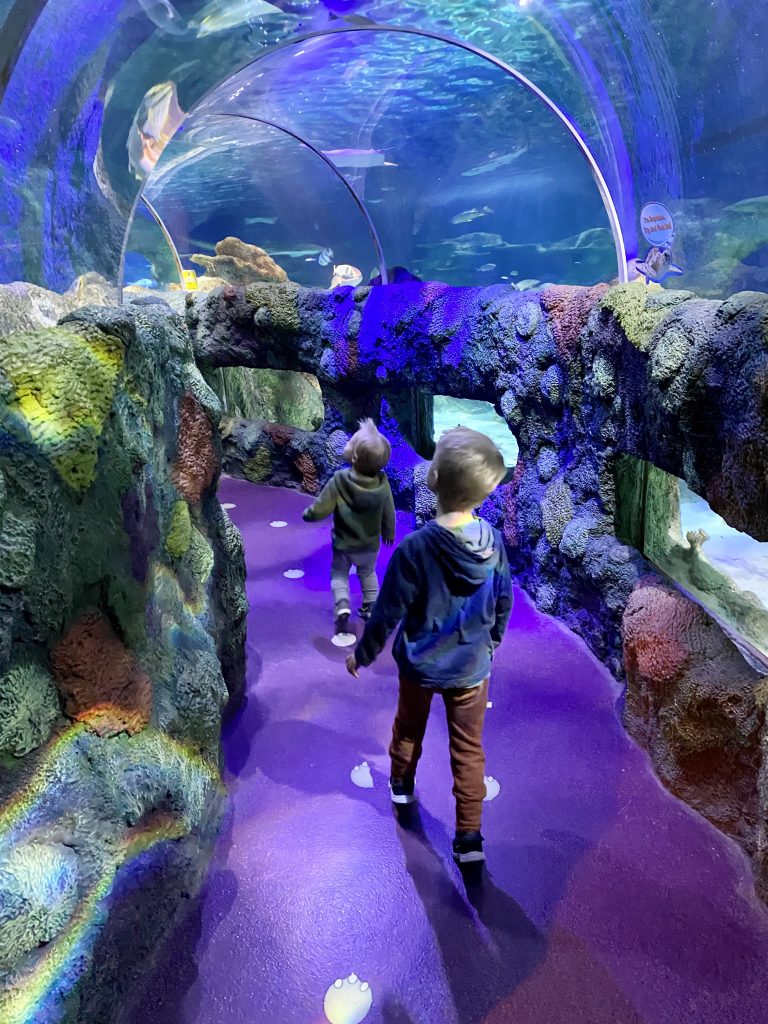 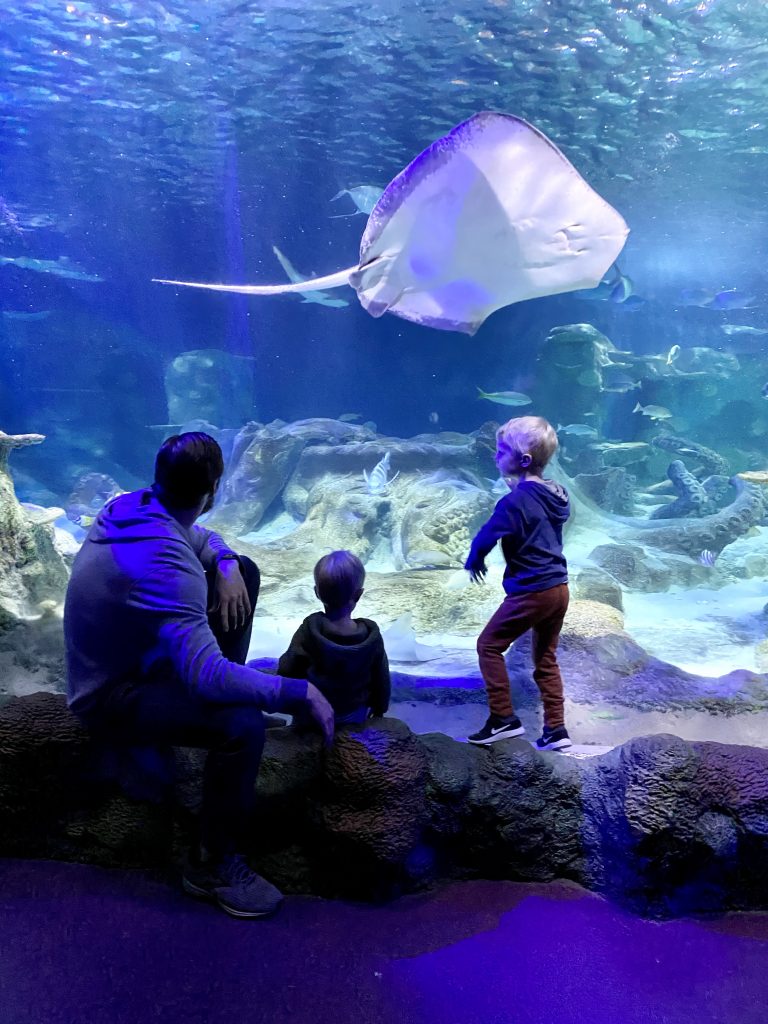 Since the aquarium is located in a mall with a surprising number of kid-friendly activities, we ended up walking around for an hour or so with the boys and stopped for a carousel ride and a visit to Bass Pro Shops which kind of felt like a second mini aquarium visit thanks to their large freshwater tank.

By the time we piled back to my car, we were all hungry so we grabbed Jimmy Johns subs to bring home with us for lunch. We settled Ryder down for his nap about five minutes before our babysitter arrived to watch the boys for a few hours.

Ryan and I had plans to meet up with our friends for camo-themed laser tag on Saturday afternoon and it was SO MUCH FUN. 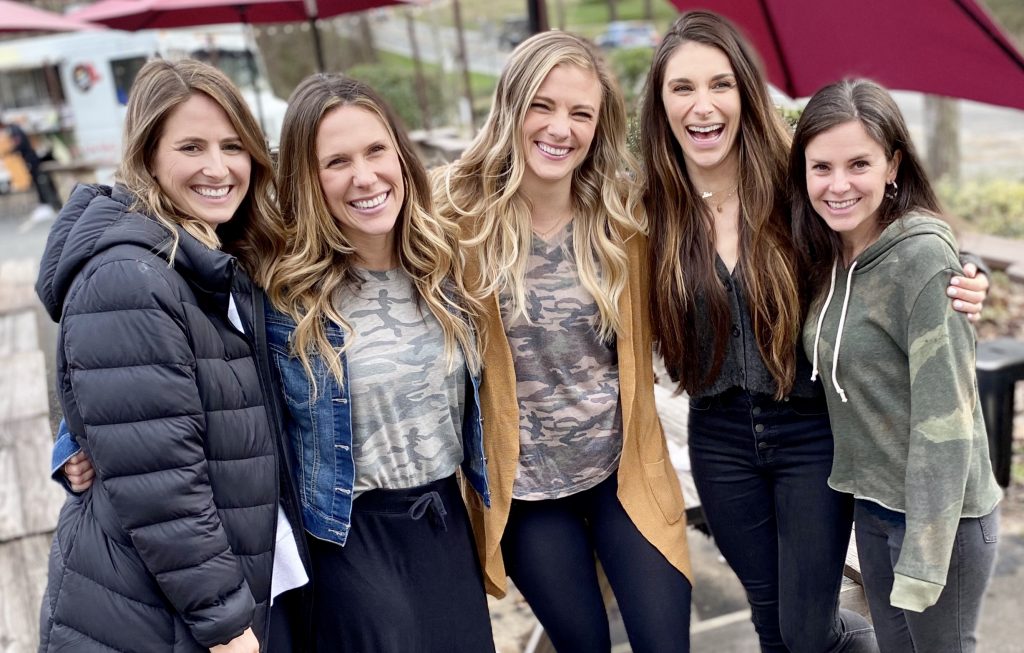 A couple of weeks ago, we decided we should change up our usual dinner + drinks plans and do an activity together instead. When my friend Laura suggested laser tag we were all in! We booked babysitters and met up at Spare Time Entertainment Center in Huntersville for arcade games and laser tag. We laughed so hard when we were all assigned various code names (I was Chaos) and the whole experience made me feel like I was 12 years old again. We will definitely be back!!

Once we were done at Spare Time, we made our way to Primal Brewery for drinks and food from a local food truck. We spent the rest of the afternoon hanging out with our friends before we all had to get back home to our little ones. Chase and Ryder did great with their babysitter and we arrived home in time to do dinner with the boys and play for a bit before bed time.

Ryan told me I was mouth-open asleep within two minutes of my head hitting the pillow on Saturday night and I think two nights of sub-par sleep finally took their toll. (I ended up reading the second half of The Nightingale on Friday night and was up waaay too late with my book. Totally my fault but I could not put it down!)

Sunday morning we headed off to MyGym for the siblings class with the boys and, as usual, they were all about it. We actually found one of our boys favorite babysitters through our local MyGym and Miss Marissa was leading Sundays class which felt like an extra treat. 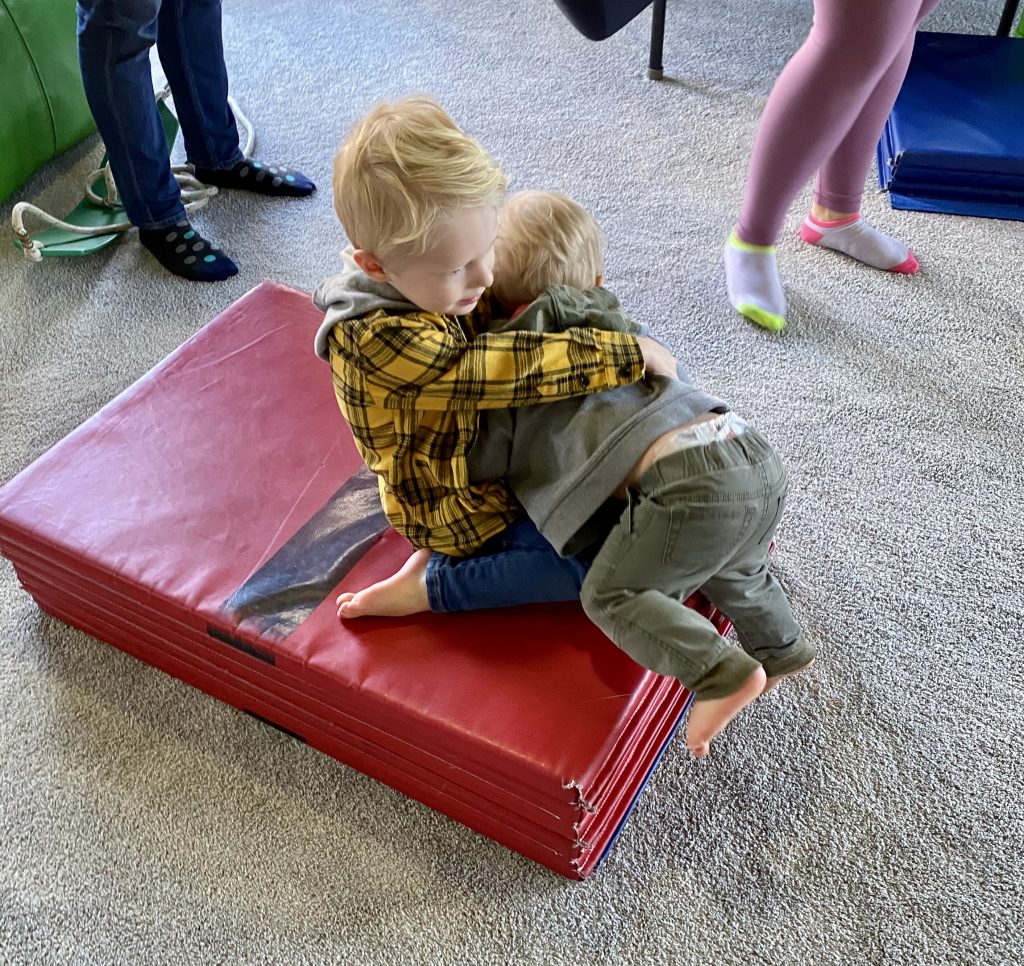 I snapped the above picture during Color Freeze Tag. All of the kids would dance to music and the second the music turned off, they had to run and stand on the color the teacher called out. For Ryder and Chase, clearly teamwork makes the dream work. Ha! 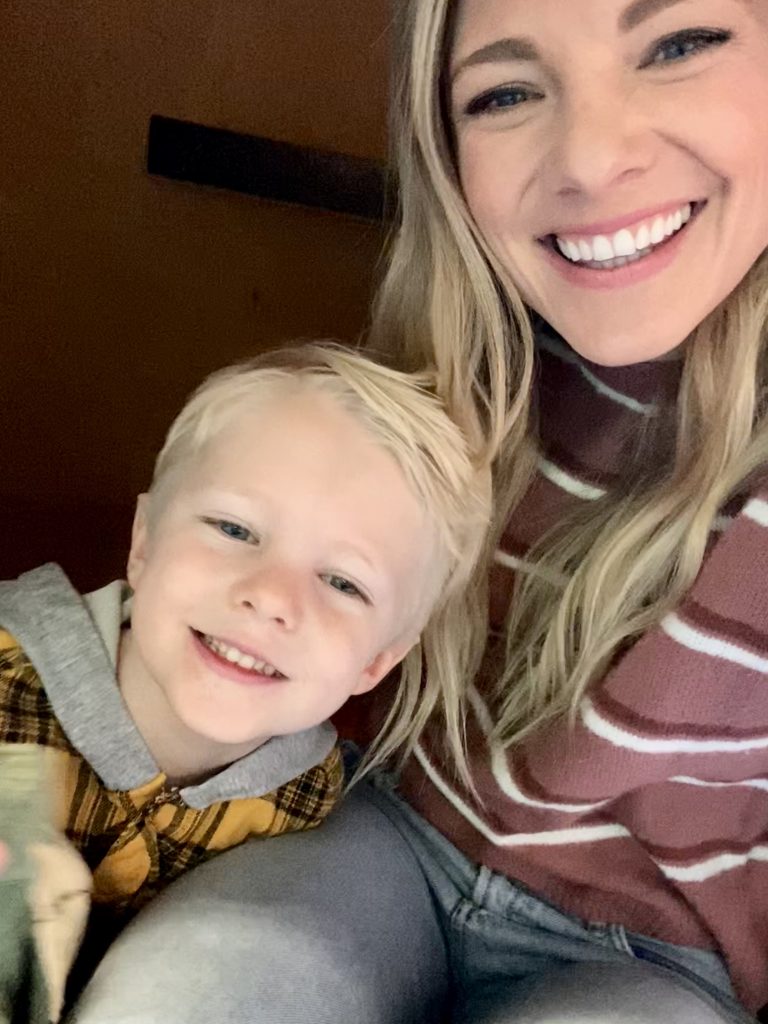 After class I managed to coerce everyone into a family trip to Target to pick up some organization containers for my car. I looks like a toy box and a library both threw up in the backseat of my car and I am determined to get the clutter under control. Both boys love looking at books in the car but I want our book collection to be easier for them to access for both safety purposes and for my own sanity every time I look in the back seat. I bought two matching bins for the books and toys and plan to organize everything today.

Before heading home, we also attended the early afternoon church service as a family and then made our way back to the house for lunch. Ryder took a decent nap and Chase had quiet time with books and toys in his room. I used Chases quiet time to do a little meal planning for the week ahead while Ryan took down our Christmas lights outside. (Our interior decorations came down a couple of days after Christmas but clearly weve been putting off taking down the exterior lights even though they havent been lit in weeks.)

Heres a peek at our meal plan for this week:

Chases quiet time didnt last much longer than 30 minutes, so he joined Ryan outside and then the two of us made our way to the grocery storeto pick up some food for the week. We also picked up all of the ingredients needed to make a big batch of veggie lasagna for our Sunday night dinner.

I stumbled upon the lasagna recipe from Hungry Girl in my recipe folder from years ago and and knew I had to make it again because I remember loving it a long time ago. Well, I had to laugh a bit when I saw the original recipe because as written it called for fat free this and artificial that which was very much how things were when I graduated college back in 2007 and first created my recipe folder. Did any of you guys follow Hungry Girl, too? I wonder what shes up to these days? (Aaand right after typing up that sentence I had to do quick Internet search and it looks like Hungry Girl is thriving!) 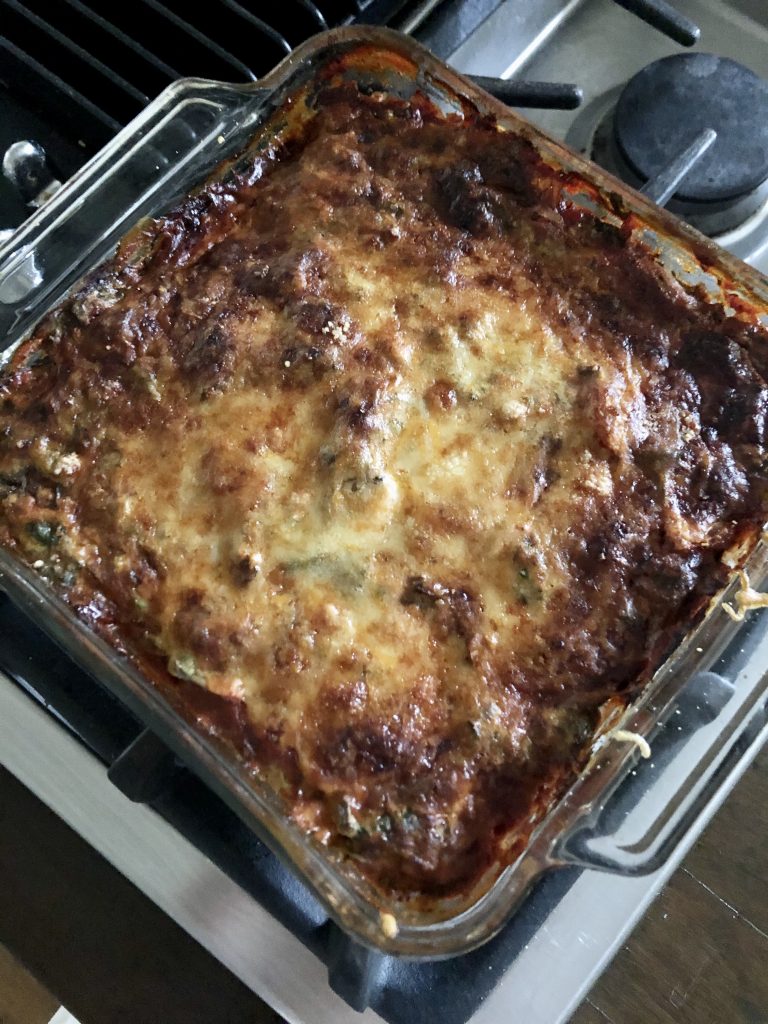 The lasagna recipe was just as good as I remembered though I did some swaps including substituting full-fat cheeses for the three cheeses in the recipe and grass-fed beef for the soy crumbles since the only soy crumbles I could find at our grocery store looked pretty gross.

When Chase and I arrived home, we were greeted by Ryan and Ryder on two new Plasma Cars! Theres been a bit of an intense competition over the one Plasma Car in our house and Ryan ordered the boys matching Plasma Cars when the red car weve had for years began to break down. Lets just say Plasma Car chaos ensued for the next 45 minutes with Sadie always in the mix! 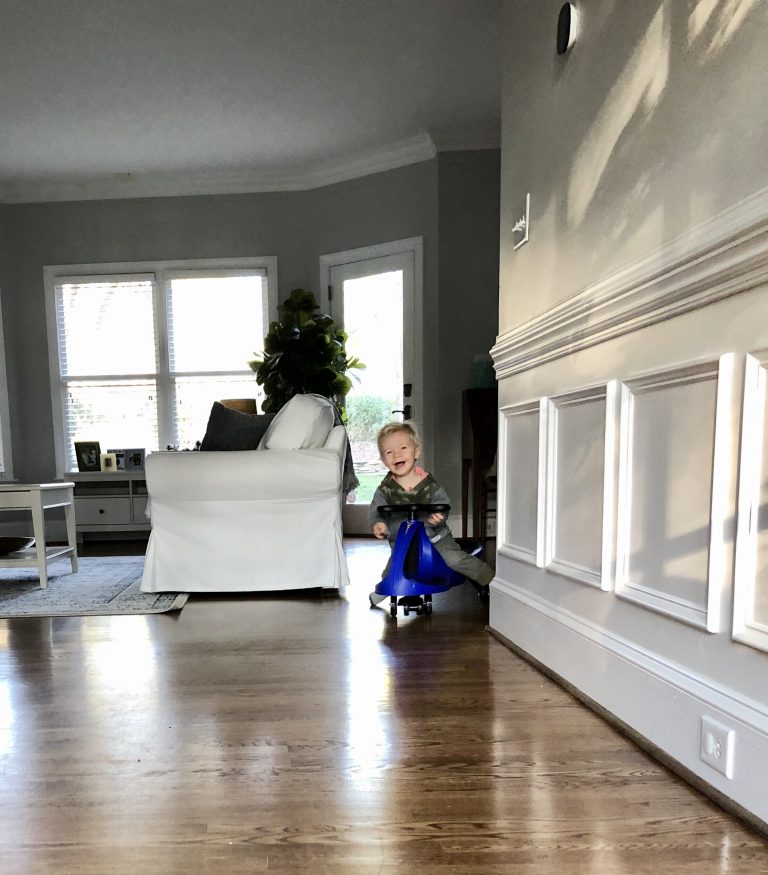 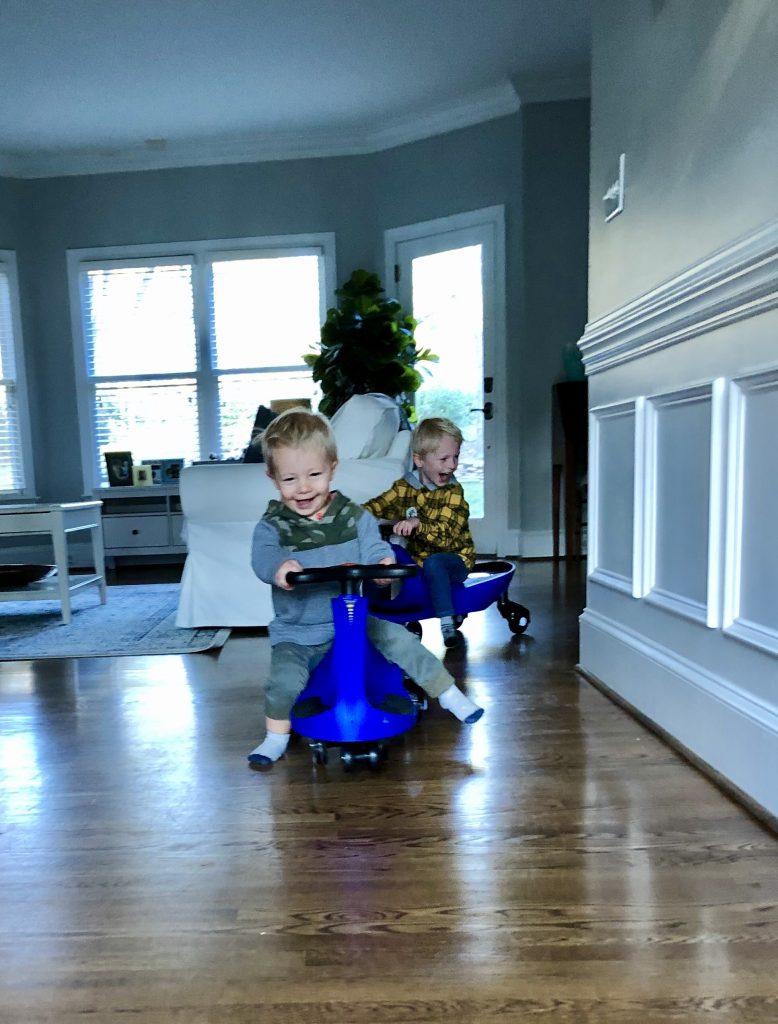 Can you tell Ryder is in absolute heaven now that he has his very own Plasma Car!? He was concentrating so hard and having the best time on that thing! 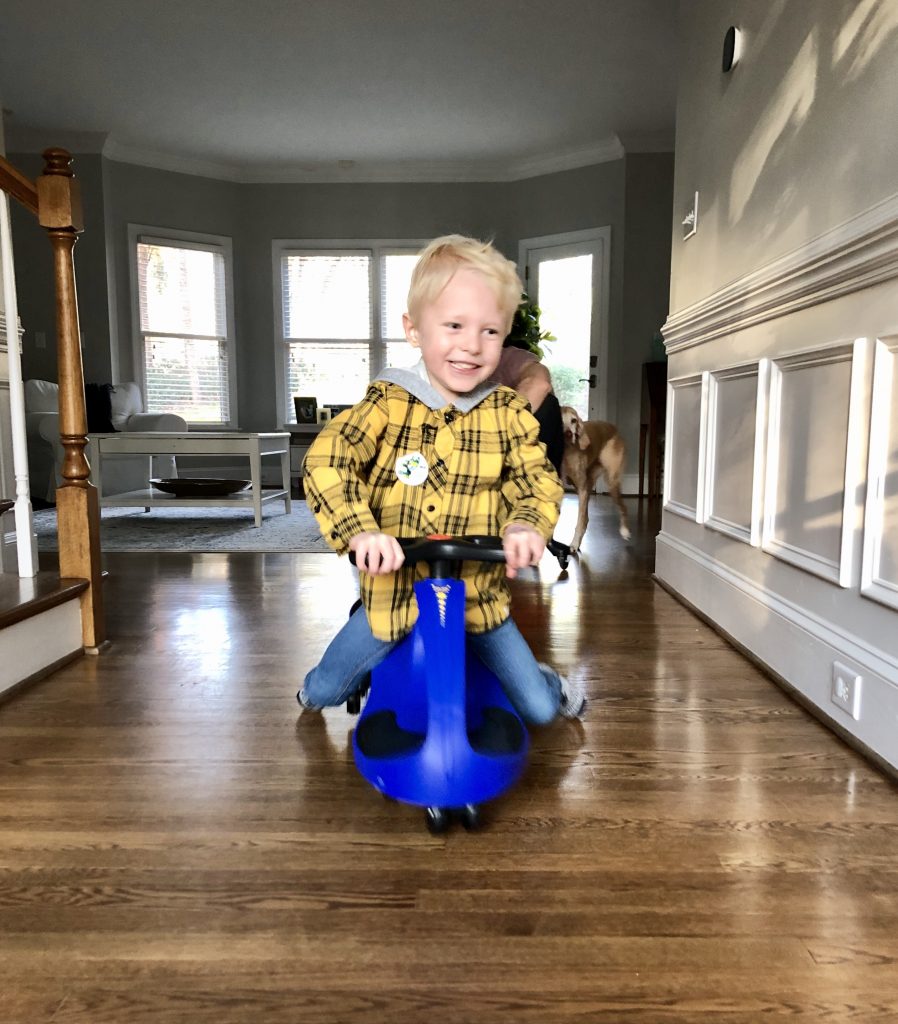 When Ryan put together the two new Plasma Cars he also figured out how to fix the broken red Plasma Car so now we have three of these vehicles in our house. The Plasma Car has always been a point of contention during play dates since every kid always wants to ride it, so I suppose having three of them isnt a bad idea. 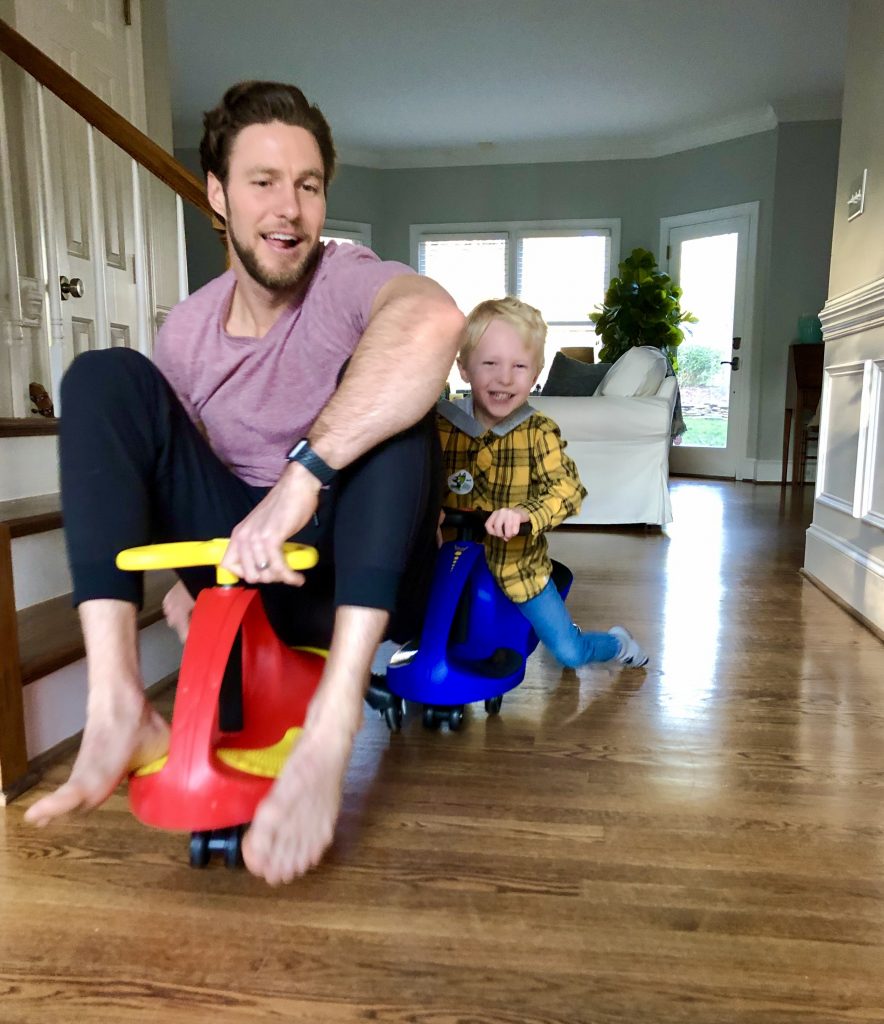 The rest of our Sunday passed by in a blur of movie night, ice cream with sprinkles, bedtime routines and a little bit of reading before bed. After finishing The Nightingale on Friday, I was on the lookout for a the easiest, breeziest of all the easy breezy reads and settled upon Matchmaking for Beginners. So far so good!

And now Im off to get this Monday rolling! I hope you guys have a great week and, as always, thanks for making PBF a part of your day!