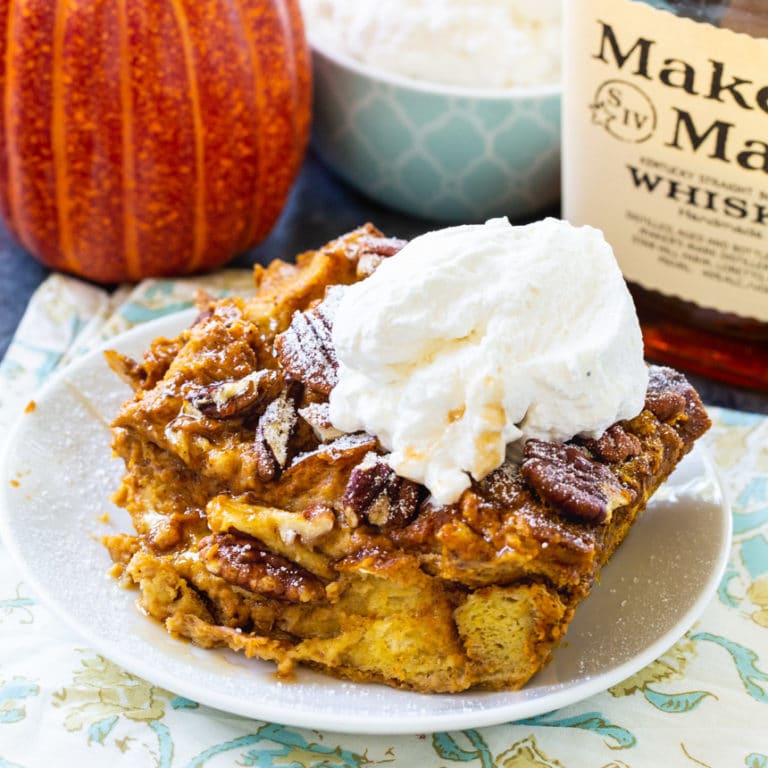 I know some people don’t like bread pudding and to tell you the truth, I was one of those people until a few years ago. But now I love it and can’t get enough of it.

If you love the flavor of pumpkin desserts, but aren’t sure you like bread pudding (I mean it is soggy bread after all. It can take some warming up to.), this is the perfect recipe to get you to fall in love with bread pudding. 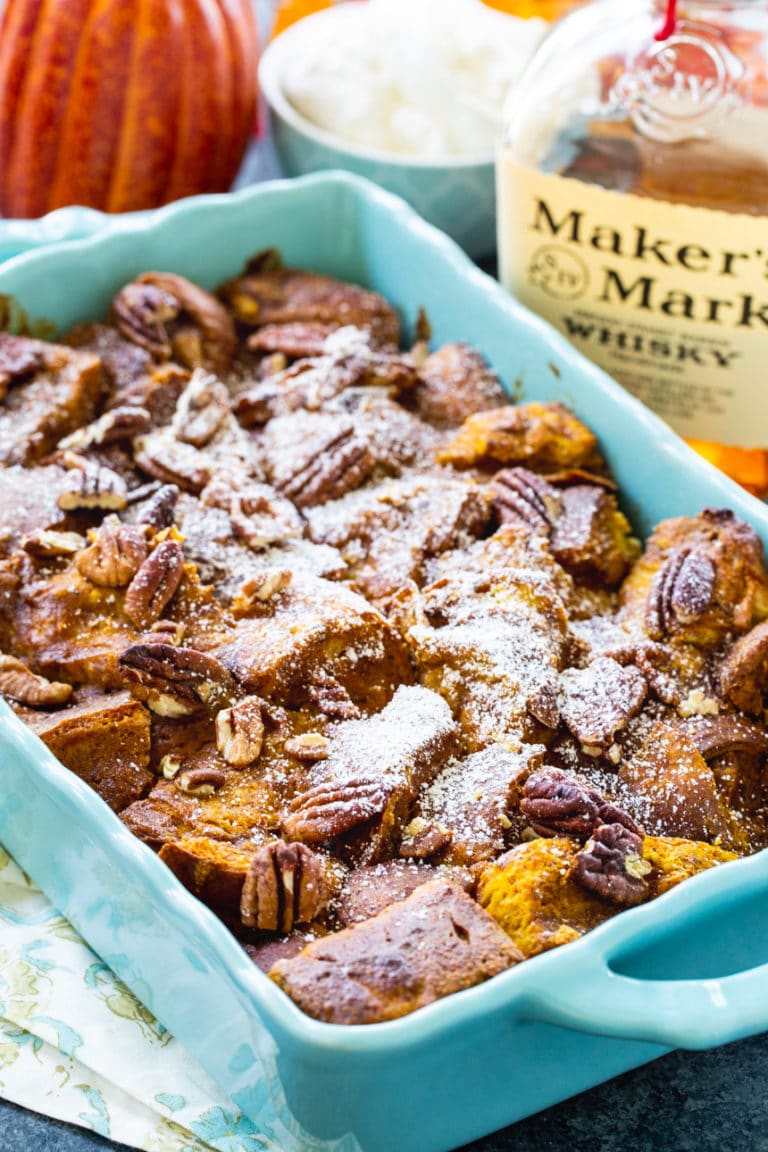 This recipe for Pumpkin Bread Pudding was in the November/December 2013 issue of Fine Cooking Magazine. The one with the too-die-for Bourbon-Caramel Pumpkin Tart on the cover. I saw that gorgeous tart and thought I have to make that ASAP. But that recipe looks so involved and complicated. And truth be known, I sometimes feel a little lazy this time of year when the weather starts to change. I just wanted something easy and forgiving and bread pudding is both of those things.

I changed the recipe a little, basically cutting the quantity of most ingredients by one-third because god knows I didn’t have 12 people to serve it to and I was worried I would have eaten 9 of those servings.

I also topped it with some pecans. As a child we would go pecan picking at our grandparents house every fall and I have to resist the urge to add them to everything this time of year.

Instead of serving it with ice cream which I usually do with bread pudding, I whipped up some cream to which I added a little bourbon and maple syrup. The end result was delicious and I’m thinking it’s totally worthy of a place on the Thanksgiving buffet.

Be sure to serve it warm. 🙂 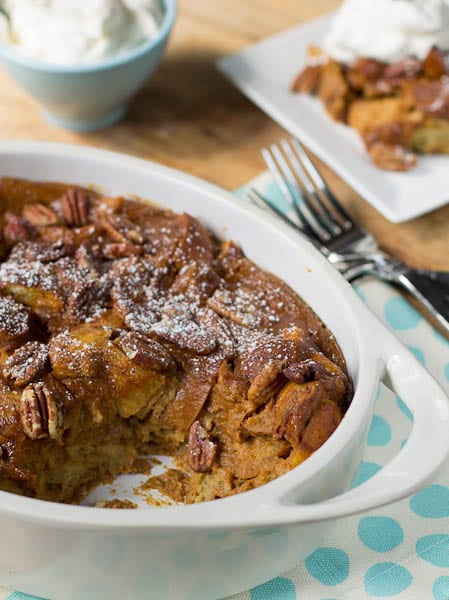 PS-If you made the Bourbon-Caramel Pumpkin Tart on the cover of Fine Cooking, let me know how it turned out. 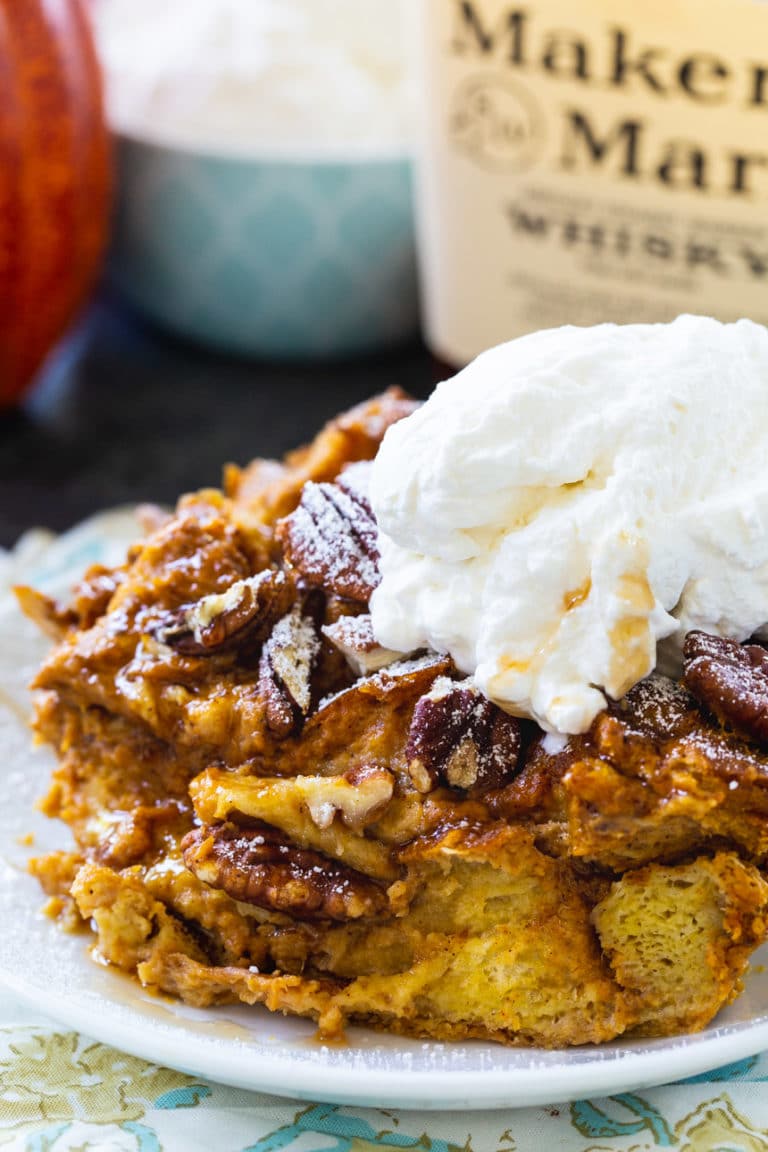 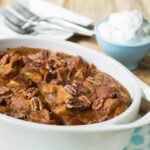 A rich pumpkin bread pudding deliciously flavored with dark brown sugar and fall spices and topped with pecans. Serve it warm with bourbon-spiked whipped cream for a memorable cool-weather dessert.

When whipping cream, it helps if the beater and bowl are cold. Put them in the refrigerator before hand to chill.

3 teaspoons of pumpkin pie spice can be used instead of the cinnamon, nutmeg, ginger, and cloves. 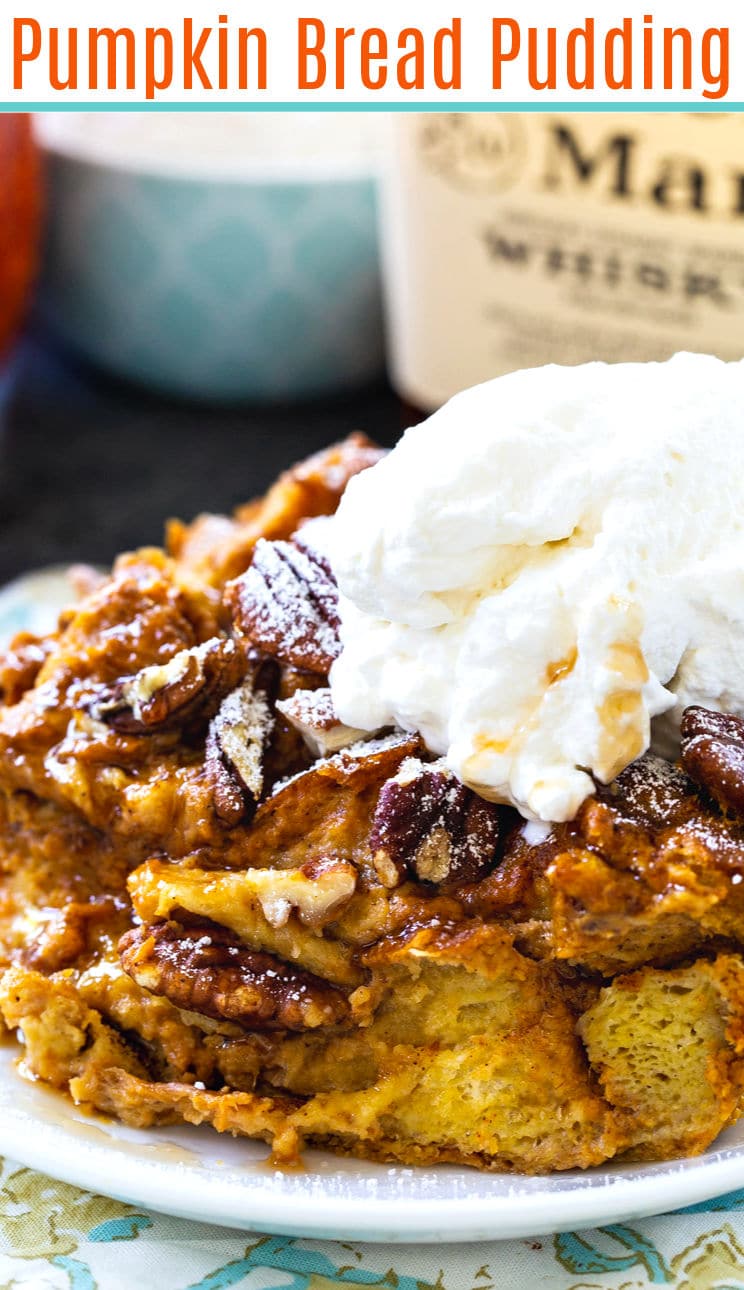