This May, our friend Shae Irving is shutting down her blog, Hitchhiking to Heaven. She has offered up some of her old posts so that they can continue to live and be useful after HtH closes its doors. This mixed citrus jam is both versatile and delicious, making it a must-share here at Food in Jars. 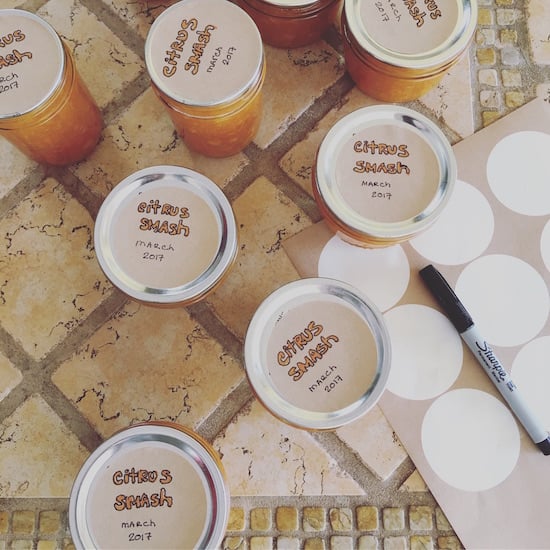 It’s not the first time I’ve had to do this. A few days before leaving town at the peak of citrus season and one or two of my trees are still laden with fruit; this year it was limequats and Valencia oranges. Plus there was an assortment of citrus rolling around in the bottom drawer of the fridge — a couple Meyer lemons, several Cara Cara oranges, and one lone grapefruit.

In these moments of too much citrus fruit and too little time, the easiest, most satisfying thing I’ve learned to make is mixed, whole-fruit jam. (There are other options: Put the fruit zest into baggies and squeeze the juice into ice cube trays, freezing everything to use later. Or put it all in a flat-rate box and send it to friends in colder climates. Whatever, just keep moving.) 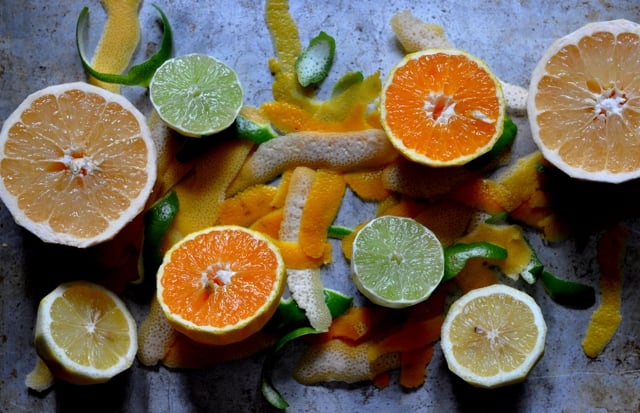 Where I’m headed is the opposite of citrus season. I’m going to Fairbanks for a month to learn a few things about winter. Even though we’re approaching spring, Fairbanks temps are predicted to be about 28 degrees below zero when I arrive tonight, quickly warming up to a beautiful, sunny week with highs between 5 and 20.

So if you’ve got a pile of citrus fruit, I hope you’ll have fun with this jam. Please don’t expect precision here — it’s a process. In practice, it’s so easy to do. I wish it didn’t take so many words to explain it! I call it either Citrus Smash Jam (after the cocktail) or Sunshine Jam, depending on whether or not I add liquor.

Note that this is a time consuming recipe; if you're keen to break the work into two-days, Steps 1-5 cover day one, while Steps 6-8 cover day two.

*Depending on the kind of fruit you’ve got, you may end with neat halves, ugly chunks, or random pieces. It really doesn’t matter.

**If you’re working with tiny fruit like limequats, you may end up picking out the seeds. Do what you have to do to nip out the pith and seeds from the core of the fruit.

***There’s more than one way to approach this step. If some of your fruit is thick skinned (think grapefruit or tougher skinned oranges) you may want to separate out those pieces and cook them in a separate pot where they can simmer longer. Or you can do it the lazy way by cooking everything in the same pot then straining the fruit when most of it is ready. (Don’t dump the liquid!) After that, you’ll need to separate out any thick-skinned pieces and return them to the cooking liquid to simmer until all the fruit is of a fairly equal texture. You can see this is not an exact science!